HOW TO LEVEL UP FAST IN LEAGUE OF LEGENDS 2021(GUIDE) 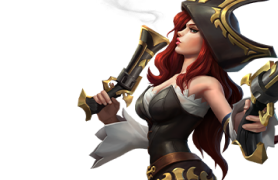 You’re not new to League of Legends (LoL) but you’ve just made a new account and your strongest desire is to jump right in and play some ranked games. But there’s a problem…. You’re stuck at level 1 or 2 and you already know that it will take you an eternity to reach level 30! So, what are your options? What are the shortcuts and how long will it take you to just level up with the help of several cups of coffee and a few handy boosts? It could take several days, weeks or months depending on how much time and money you have to commit to the cause. Luckily for you, there are many different ways of reaching your goal on LoL, you just need to decide which is best for you.

This guide will answer the most important questions:

When deciding which tip to take (and sometimes, a combination of different tips will do), you’ll need to consider a few things:

Did you know that it takes 21,389 summoner experience to reach level 30? Unfortunately, bot games only give you 90 XP points each game and (while finishing them in less than 10 minutes is ideal) they sometimes take up to 20 minutes to complete. If you’re planning on tackling the epic task of leveling up as fast as possible, you’re looking at between 100 and 150 hours of continuous playtime! Read this helpful guide to get to level 30 as quickly and painlessly as possible!

While learning League of Legends (LoL) is exciting for new players, being a newbie is a catch-22. New players on LoL enjoy having access to characters with multiple abilities and advantages which improve over the course of a game, but, they don’t particularly enjoy not having full access to characters when they first start out. Better characters are more helpful in assisting with improving a team’s strategy. On LoL, you have to invest time to earn points for experience, new skills, gold and equipment. However when starting out on LoL, new players only have access to 10 heroes and they have to earn new ones as they go along.

No doubt, fast tracking things to reach level 30 in League of Legends is a pretty important goal for many new players. At level 30, they have earned the right to unlock all of their summoner spells and to play the highly-coveted ranked matches. Luckily, there are ways to level up quickly and avoid the typical route which is much more frustrating if you’re not a new player who’s still trying to learn the ropes. If you’re on your second or third account, you’ll appreciate these tips which will help you level up in no time!https://www.youtube.com/embed/ZG0g54dBUGY?feature=oembed

The best tip for reaching level 30 fast on LoL is to win ALL of your games… or as many as possible. In order to do this, you want to be sure to go for the easier matches as much as possible. What this means is that you will be in matches against bots and players who are at the lowest levels because they don’t have any skill in the game and are easiest to beat. If you’re trying to level up fast, you will probably be prioritizing winning all of your matches over having a more fun and challenging experience. Inexperienced players can be incredibly bad because either they have never played the game before or they are just trying to figure it out and still don’t have a clue what’s going on.

The best way to avoid encountering losses, though, is to play against bots. In order to set this up, just pick the co-op vs. beginner bots mode and you’ll be ready to finish the game as soon as possible. In fact, this strategy is favored because it allows you to destroy the nexus in record time which means you can play more games and reach level 30 much faster than normal games. You don’t want to complete your matches too fast, however, so that you don’t miss out on XP. Make sure your matches are at least 9 minutes long. This is less than a third the time of a normal match (which is typically 30 minutes or longer) and a fantastic way to level up in record time!

If you’re trying to level up quickly and you have a bit of money to invest in the cause, buying an XP Boost can help get you there fast! Riot offers boosts that can be purchased in their store and can help speed up the process of leveling your account. A boost temporarily increases the amount of IP or XP gained at the end of each match or within a certain time limit. Boosts can reduce your leveling time by over 50%! The 7-day XP Boost costs 520 RP so it’s pretty affordable and is actually the best value per dollar out of all the others. Once you have the XP Boost you need, you’ll have to play (and win!) as many games as possible each day.

So… consider that you’re going to play the quickest games (bot games) and combine them with experience boosts (both per win and duration boosts). Now you’re itching to find out just how long it would take you to reach level 30, right? The answer is pretty simple. Look to invest about 100 hours of playtime. So, if you are playing for only 6-8 hours a day, you’ll need to buy two 7-day XP Boosts to reach level 30. Playing 100 hours would require just over 4 continuous days of playing which is virtually impossible. That’s not all though – you’ll need 2 win boosts (50 wins each) to get you to your goal as quickly as possible.

Once you purchase the 7-Day XP Boost, it’s also smart to devise a strategy for making the most of it. You will want to make the games as easy as possible without being penalized. For example, from levels 1-9 you could play coop vs. beginner because it gives you just as much XP as a PvP game would. At level 10, you’ll earn less XP if you keep playing coop vs. beginner so you need to switch it up to coop vs. intermediate until you get to level 15. The advantage of these shorter bot-games is that you can knock out a quick, 10 minute game in between classes or while you stand in line at the bank, you don’t have to devote your full attention and you don’t have to worry about losing. Just make sure you’re not afk for more than 5 minutes or your leaver level will rise.

Make sure that you make some friends with smurfs before you get to level 16. At level 16 if you continue to play coop vs. ai gives, you’ll be penalized with reduced xp/ip. So, it might be smart to graduate to PvP matches. Opt for blindpick over draftpick because you want to try to avoid players who spend more money on the game or are who are at higher levels than you (because they will easily have more champions and will use that to counter-pick you). Also, try to stick to the top two to three champions that you’re really good at. While winning won’t be as easy as it has been, you can bet there will always be smurfs on the enemy team as well which makes things a bit less challenging.

By the time you reach level 20, you should be focusing on spending your IP wisely so that you can get Tier 3 Runes which you will definitely need for ranked matches. You don’t need many champions to level up so buy three 450 IP champions, and save the rest of your IP for Tier 3 runes.

Once you reach level 30, do placement matches with smurf friends. Take your time on placement matches and make sure that you don’t play when you’re distracted, busy, sleepy, or short on time. On a new level 30 account, you could make it to Gold II if you win 10/10 of your placement games. Good luck!

TIP # 4: TEAM UP WITH SOME FRIENDS WHO SHARE YOUR GOALS

If you’ve been playing for a while, you’ve likely made or met some cool people along the way and been able to chat a bit about your strategies for the game. Do you have any friends who share your goals of leveling up their Smurf accounts super fast? If you have a team of friends, you can play against bots and reach level 30 faster. With friends whom you’ve played with before and who you play with consistently over time, you will have better chemistry.

And since all of you are trying to get to level 30 as fast as possible, you should be able to win in 10 minutes or less for most matches. Cross your fingers and hope that your team is as motivated as you are to work their way to the top as quickly as possible and appropriately leverage any short-term boosts you may have purchased along the way!

You’ve probably realized by now that MOBA’s are big on strategy and League of Legends is certainly no exception. You’ve definitely got to be resourceful and this is especially true when you’re playing against bots and using summoner spells. Ignite and Teleport are the most beneficial summoner spells because they reduce travel times across the map and increase damage to bots. Make sure you use Ignite to secure kills and get extra gold.

Avoid using cleanse and smite if you want to finish the match in record time. Also avoid Flash because you won’t be playing jungle and it will not benefit to your gameplay. Remember that bots are very predictable, and it’s easy to know exactly what they’re up to. You’ll notice that once the bots are at one to low HP, they will start running back up their lane. Do not chase after them or there is a good chance you will die. This is a good time to use Ignite and watch them burn.

Is there a quicker and cheaper way of getting to level 30 without investing 100 or more hours of playtime and as much as $50 or $60 on top of that? Thankfully, there is! Lolepicshop.com offers you the opportunity to skip leveling altogether and avoid the headache and hassle of playing against noobs and bots. Instead, why not play ranked matches right away? Buy level 30 Smurf accounts starting at $39.99 for Basic, $49.99 for Premium and $59.99 for Luxury. The really nice thing about these accounts is that you’re not just spending $30-$60 on boosts which (along with hours and hours of playtime) are needed to get you to level 30 quickly. With our Smurf accounts, you’ll get an NA server, a bunch of champions, extra IP and RP, nice (and often very unique) skins, and instant delivery of your account. With a Luxury (Unranked) Smurf account, you will get between 50 and 125 champions, up to 60 skins and much, much more!

Skip the boring and tedious process of playing and strategizing the best way to maximize your efforts against newbies and bots. If this is your second account, you already know how to play so you can get straight to the fun part! Let us do the heavy lifting for you and you can gear up to rock out on the placement matches. We have oodles of quality unranked Smurf accounts which come with a full guarantee, so you don’t have to worry about getting banned. If you ever have an issue with one of our accounts, customer service will help you get set up with a new one right away. Visit our store today to check out all that we have to offer!!

HOW MANY PEOPLE PLAY LEAGUE…

Riot Games released League of Legends (LoL) in October 2009 and since then; the game has continually built up its […]